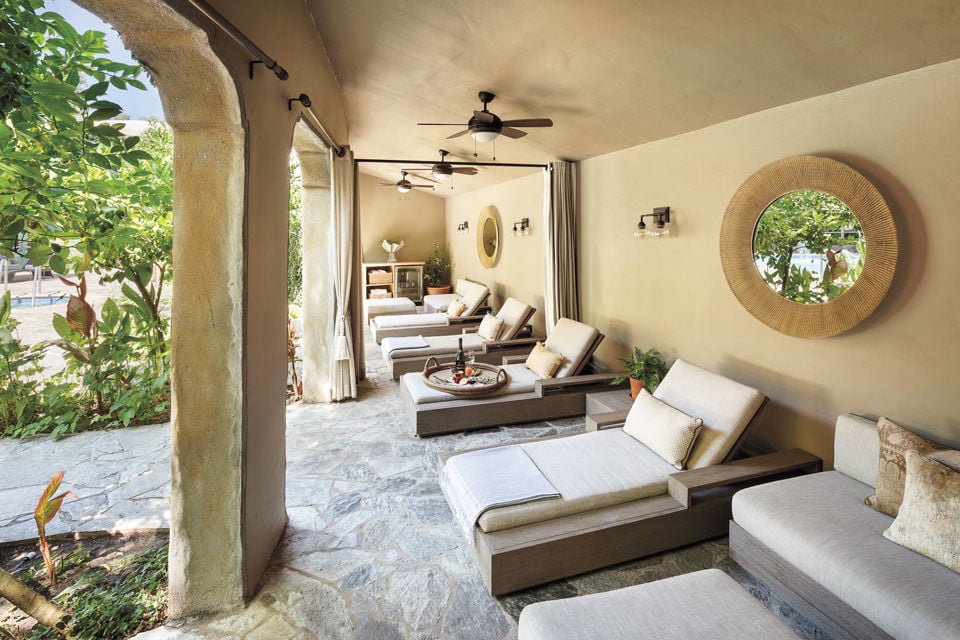 Kenwood Inn: Relax on a cabana chaise at the four-star property. 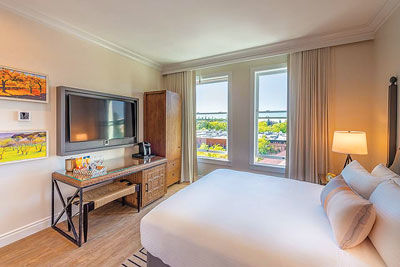 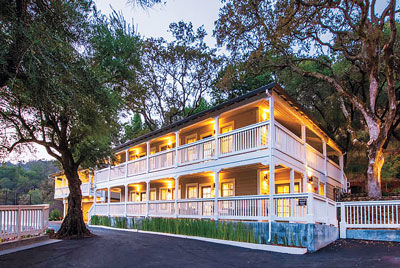 Olea Hotel: From the tree-shaded terrace, gaze out over the Sonoma Valley. Photo by Rebecca Gosselin. 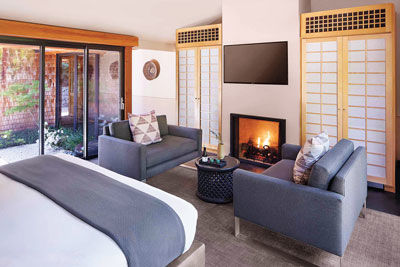 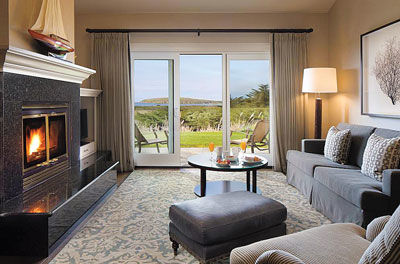 A slew of new and revitalized hotels and resorts is offering uninterrupted rest and relaxation all across Sonoma County—and these properties are so stacked with amenities, you’ll never leave a vacation (or stay-cation) more rested or refreshed.

Forced to close in the wake of the 2017 wildfires, a pair of resilient hotels has bounced back in style. In addition to a chic redesign of its guest rooms, Glen Ellen’s Olea Hotel has rebuilt a pair of one-bedroom cottages that burned down—now bigger and better than before—and added a pool, realizing a longtime dream of the owners. Meanwhile, the idyllic and ivy-clad Kenwood Inn opened a stunning new spa, where guests can reserve poolside cabanas and indulge in cutting-​edge treatments, such as CBD massages and baths.

Other Sonoma mainstays recently underwent significant face-lifts, like the charming Geyserville Inn, which modernized its country-style rooms and introduced an on-site wine tasting collective. Guests in Glen Ellen can find their zen within the Gaige House’s new meditative ryokan units, which come with traditional Japanese kimonos, slippers, and mochi ice cream treats in the fridge. Those seeking respite on the foggy Sonoma Coast should head to the Bodega Bay Lodge. It boasts remodeled rooms and a new fireside lounge serving up drinks, casual bites, and ocean views. You won’t find a better spot to catch the sunset.

No makeover is as impressive as the one at MacArthur Place, which wrapped its $25 million renovation just in time to celebrate the property’s 150th anniversary. All rooms have been transformed with cozy yet contemporary furnishings—including a number of outdoor showers and tubs—and there are food and drinks on tap for all occasions. Grab your morning coffee at the Porch, dine at the Mediterranean-inspired Layla restaurant, or order a seasonal libation and snack from the Bar, a swanky, 1920s-themed social lounge.

Keep an eye out for The Montage, slated to open in Healdsburg later this year with a spa, pool, multiple dining options, and unique recreational amenities including a ropes course and archery range. Situated on 258 lush acres, the glass-walled, bungalow-style rooms with outdoor patios look out over ancient oaks and sprawling vineyards.