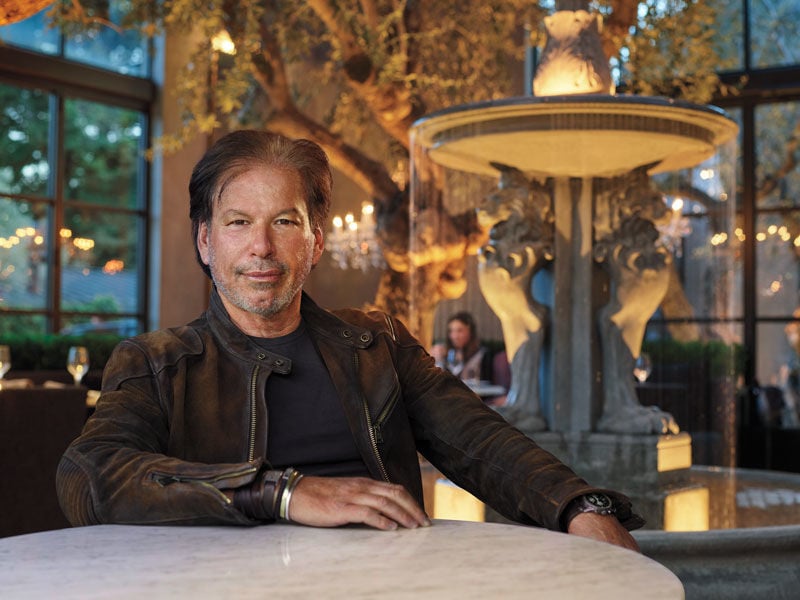 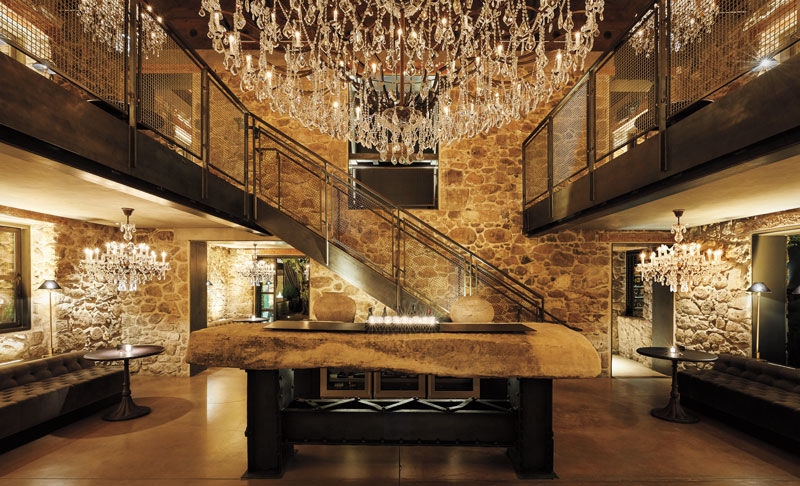 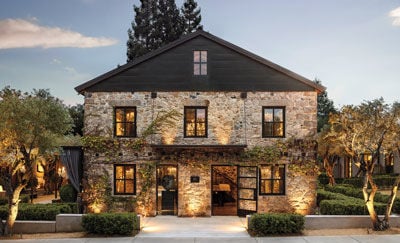 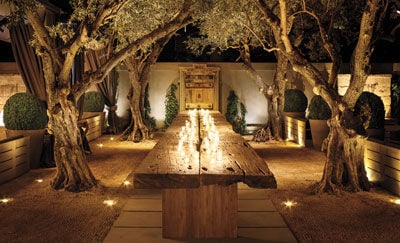 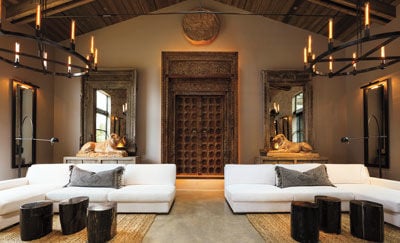 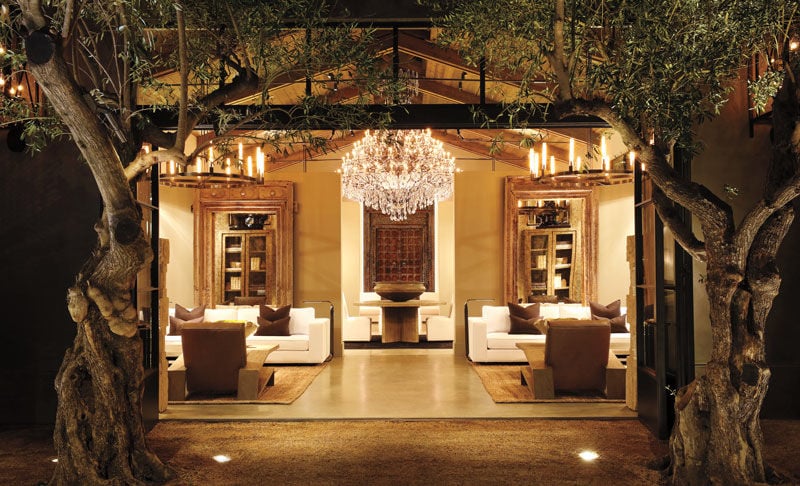 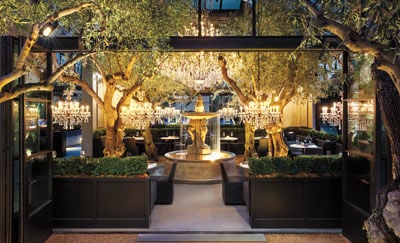 The restaurant at RH Yountville is an indoor-outdoor celebration of wine, design, and fine food.

Yountville is best known as a getaway, filled end to end with upscale eateries, hotels, and tasting rooms. But the majority of retailers are small boutiques, catering to tourists seeking gifts or mementos.

This RH is the first of 86 across 29 states with a stand-alone restaurant and tasting room. It’s a clear nod to the Napa Valley lifestyle. The sprawling 9,000-square-foot, five-building compound has an airy partial-outdoor dining room, a two-story wine vault in the historic Ma(i)sonry building, and an adjacent wine and barista bar, along with two boutique design galleries housing RH furnishings collections. The spaces are connected by a beautiful decomposed granite and bluestone walking path leading to an inviting courtyard, where there’s ample seating. It takes retail furniture shopping into a new realm; it’s more lifestyle gallery than furniture shop by intent.

"I’m the least likely guy to be doing what I’m doing," says Friedman. "I never lived in a house nor was I ever exposed to luxury."

Having grown up in Sonoma, he never imagined he’d return to the area, much less be the head of a wildly successful high-end home retailer. "We moved around a lot when I was a kid, so we never really had furniture to speak of," he recalls.

But Friedman proved himself a go-getter in his early 20s, working his way up at Gap for years before moving over to Williams Sonoma Inc. By the time he was 35, he had been named the president of the Williams Sonoma and Pottery Barn businesses. He took his first trip to Europe and visited the famous food halls of world-renowned Harrods department store in London, which puts food and lifestyle at the center of a retail environment.

This inspired Friedman to redesign the Williams Sonoma stores, placing test kitchens in the middle of the space and goods around the exterior. A massive hit, this change marked the start of his move toward "experiential" retail.

Then, in 2001, he branched off on his own, bringing a group of investors together to invest in the then-flailing Restoration Hardware brand, which had over 100 stores. The catalog was full of odds and ends like Oxydol laundry detergent, shoe-shine kits, and toasters. Friedman spent the next seven years saving it from bankruptcy.

"We spent time remerchandising and traveling around the world to find the best products at the best value," he says. The iconic Source Book also took shape as the line expanded. The large, glossy, magazine-style catalog has more than 700 pages highlighting RH’s merchandise.

Simultaneously, the company—rebranded as RH in 2012—began closing down its previous stores and reopening grand retail experiences. "Furniture of this quality was never made in quantity or available directly to a consumer," Friedman says. "You needed a resale license or a decorator to even access furniture showrooms."

In 2011, RH opened a 24,000-square-foot gallery in Los Angeles, followed by one of nearly equal size in Houston. The locations shot up in size, with stores in historic buildings: the Museum of Natural History in Boston; the historic post office in Greenwich, Connecticut; and the Three Arts Club in Chicago. Each one boasted opulent displays and inviting environments for consumers to enjoy.

For most of Friedman’s career, he’s worked with world-acclaimed architect Howard Backen. Backen’s local firm, Backen and Gillam Architects, has its thumbprint on some of the most striking wineries in the area, as well as opulent resorts such as Meadowood, Calistoga Ranch, and Solage.

"We’ve worked together for 30 years, and I learned everything I know about architecture from them," Friedman says. It was natural for him to enlist Backen and Gillam for the design and build of the new RH stores, and Jim Gillam has been the principal in charge of each RH renovation.

The challenge of opening a new restaurant in Yountville—which is home to several Michelin-starred eateries and world-class wine tasting rooms—didn’t phase Friedman. It was an opportunity to bring together art, culture, design, wine, and food. The property fits right in on Washington Street, with light reflecting off the enormous Rococo crystal chandeliers in the restaurant’s windows and water flowing from the outdoor fountains. If the lines out the door are telling, RH Yountville has received a warm welcome from locals and visitors alike.