You have permission to edit this article.
Edit
Napa Sonoma
Home
Drink
Eat
Play
Shop
People
Calendar
Podcast
About Us
Share This
1 of 6 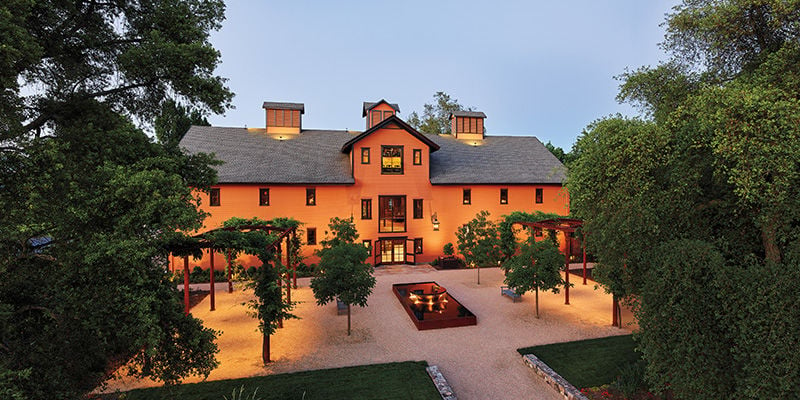 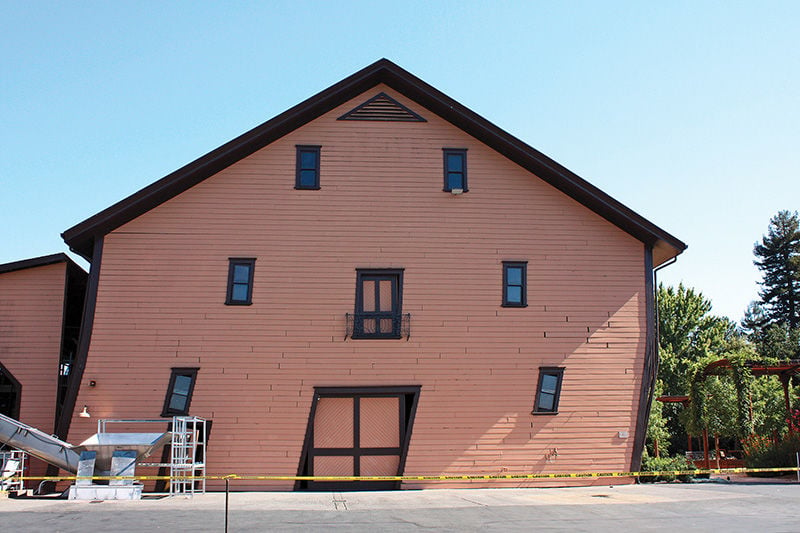 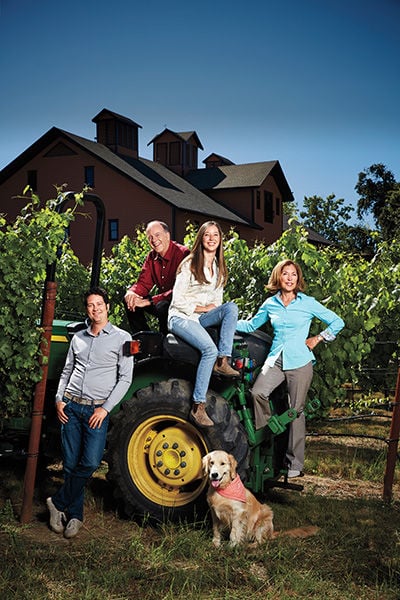 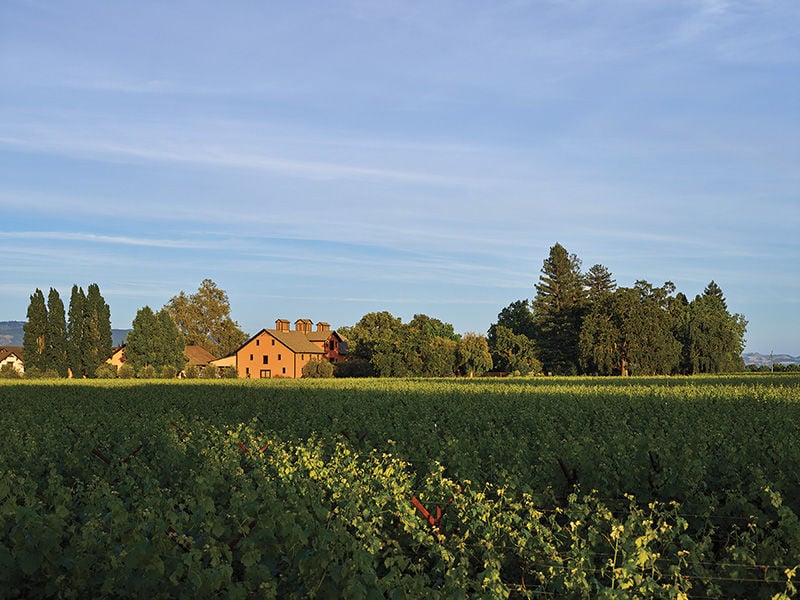 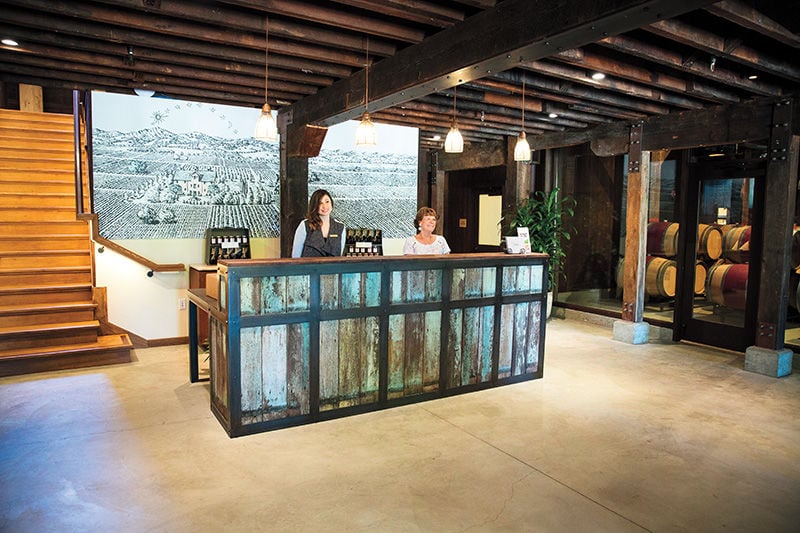 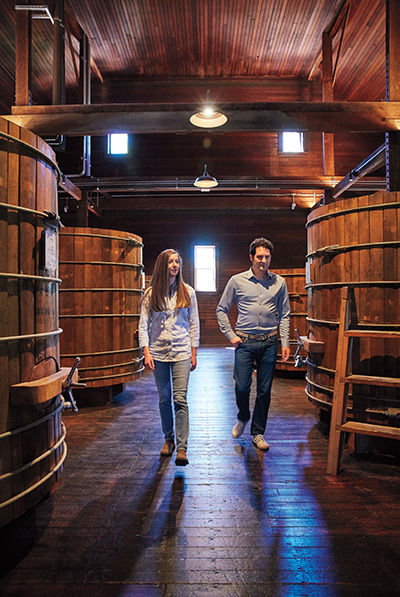 Hailey Trefethen was fast asleep in her house near downtown Napa when it happened. She woke up immediately, confused at first by the loud rumbling and violent shaking. Then it hit her. Earthquake.

Hailey had been through a few earthquakes before but none like the one that struck the morning of August 24, 2014. The sound of violent shaking was almost deafening. Objects fell and crashed all over the apartment. And she was scared.

Once the shaking ended 15 seconds later, Hailey turned her thoughts to the most impor-​tant thing in her life: her family. Fortunately, her dad, John, and older brother, Lorenzo, were out of town; her mom, Janet, was rattled but uninjured at the family estate in the Maya-

The family business, however—the Trefethen Family Vineyards—was not so lucky.

The 400-acre main ranch property in the Oak Knoll District suffered significant damage from the 6.0 quake—the largest Bay Area quake in almost 25 years. The worst damage occurred at the vineyard’s iconic, 131-year-old McIntyre winery. For decades, the structure, which is listed on the National Register of Historic Places, operated as the heart of the winery; now, it was teetering on the edge of collapse.

The Trefethens resolved to rebuild, setting in motion a multifaceted transformation of one of Napa’s most famous wineries.

Nearly three years of change followed, culminating in a new generation taking the helm at Trefethen and the reopening of a renovated (and retrofitted) winery this May. The Trefethen family’s story represents Napa Valley at its best—tireless dedication to move forward, even in the face of adversity.

Miraculously, the quake didn’t level the building. It did, however, severely compromise the winery’s integrity, causing the upper stories to lean four feet to the west.

Suddenly, the Trefethen team—including the family, CEO Jon Ruel, and winemaker Bryan Kays—faced an almost overwhelming crisis: Could the building be saved, and was it worth trying to save it?

As it turned out, answering both of these questions was complicated.

After a series of emergency meetings, the family and Ruel decided to try restoring the building. They tabbed then-28-year-old Hailey to oversee the process, despite the fact that she had no experience managing a project of this magnitude. The team felt that Hailey’s solid understanding of how the company worked and passion for the historic building, as well as her role in Trefethen’s new sustainability programs, would serve her and the winery well. Additionally, John and Janet wanted to accelerate the process of handing over the winery to their kids, and this seemed like the perfect opportunity.

"It was a bit of a crash course in architecture, engineering, and historic preservation," Hailey, now 30, says with a laugh. "In many ways, I was learning as we went along."

Over the course of more than two years, the old building received a top-to-bottom makeover: new walls, new insulation, and waterproofing. Most significantly, engineers installed what is called a moment frame—20 tons of steel columns and beams that bolstered the building’s frame to prevent damage from any future earthquakes.

The team made some significant changes to enhance the experience for visitors, too. Before the quake, the winery held tastings in a room with few windows, unfortunately cutting off guests from the outside world.

Today, visitors enter on the ground floor, check in at the hospitality desk, and are ushered upstairs, where an expansive tasting area with 30-foot ceilings and a large window offers a panoramic view of the vineyard.

Visitors also get a taste of the history of winemaking at Trefethen. At the entrance, climate-controlled barrel rooms protected by glass flank both sides of the hospitality desk. Upstairs, opposite the tasting room, some of the winery’s original ranch equipment, including an old de-stemmer and one of its engines, is on display.

Images of the earthquake damage, as well as one post that the engineers didn’t fix, are also on display so visitors can see just how bad the damage was.

"The idea of the new approach is to get you here; allow you to sample the wine in the building where it’s been made for decades; connect with the past through pictures and artifacts; then look out the window, and gaze on the very vines where the grapes grow," says Lorenzo. "For us, that’s what’s really exciting."

The family won’t reveal how much money they spent on the restoration, except to say it was significant. But when the winery reopened with great fanfare in early May, there was no doubt it was worth the cost—and the symbolic weight of restoring the building didn’t go unnoticed by the winery’s neighbors.

"In our minds, Trefethen became a symbol of the earthquake here in Napa," says Stacey Dolan Capitani, vice president of marketing at Napa Valley Vintners. "The fact that they have been able to come back even stronger and better is a representation of the Napa Valley’s willingness to strive for excellence against all odds."

New Kids on the Block

In many ways, the winery is a metaphor for an even larger transformation at Trefethen. Just as the historic building received a makeover, the 50-year-old family-owned winery is also getting an update—in the form of Hailey and Lorenzo.

The siblings represent the third generation of Trefethens to help run the show: Their grandparents, Eugene and Catherine, bought the land in 1968, and parents John and Janet started the winery in the early 1970s, and ran it until recently, during which the estate developed into one of the most popular wineries in the region.

Way back in 1979, the French food and wine magazine Gault Millau hosted a Wine Olympics in France, where Trefethen’s Chardonnay was judged best in the world. To this day, the winery’s Chardonnay attracts a cult following.

Janet also had a hand in shaping the food scene of Napa Valley. When she wasn’t helping out with winemaking, she got together with some women from the other vineyards in the region and organized a weekly "cooking class," inviting Wine Country’s famous as well as up-and-coming chefs to attend. Some of the chefs who participated included Cindy Pawlcyn, Narsai David, and a rising star by the name of Thomas Keller.

In 2015, John and Janet tapped Ruel—who was hired in 2004 as a viticulturist before being promoted to president in 2013—to become the winery’s CEO and to oversee day-to-day operations. Around the same time, the Trefethens began the process of letting the next generation take charge.

Hailey is now following in her father’s footsteps, focusing on taking over operations as well as improving the winery’s environmental impact.

Lorenzo, who is 34, is taking on more responsibility in sales, marketing, and everything in between, with mom Janet as his mentor.

"We like to say that as far as family involvement with the winery is concerned, I’ll be focused on everything facing outward, while Hailey will focus on everything here at home," Lorenzo says.

The two will be mentored by Ruel, who started working with the family when the younger Trefethens were teenagers. With decades of experience in the industry, he offers invaluable insight to help the third-generation Trefethens as they begin to move the brand forward.

Ruel says he is excited by Hailey and Lorenzo’s energy, and has been working with the two to cultivate ideas for new tasting experiences, new packaging, and new messages.

"Their creativity is welcome," he says. "They give us new life." trefethen.com.

Trefethen also plans to introduce a third tasting for food and wine pairings in the villa across the garden from the winery later this year after completing a kitchen renovation.

Winery building is designed and built by Hamden McIntyre.

John and Janet Trefethen restore the historic McIntyre winery for the first time.

The McIntyre winery earns a spot on the National Register of Historic Places.

The Trefethen family reopens the winery after two-and-a-half year renovation and retrofit.