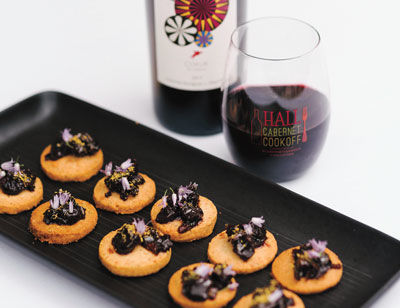 Battle of the Chefs: The results of this epic fight were a lot more delicious than most; upon much snacking, attendees happily awarded Bounty Hunter Smokin' BBQ and InterContinental Mark Hopkins the People's Choice Awards. 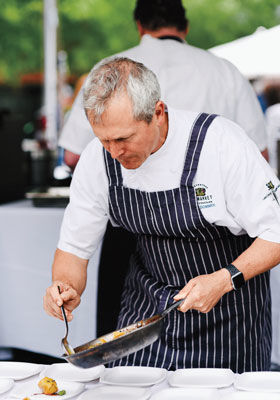 Top Chef met Napa Valley on April 27 at the annual Cabernet Cookoff. Host Hall Napa Valley celebrated the 10th year of this charitable event with an all-star cast of Bay Area chefs going glass-to-grill in a food and wine-pairing competition. All ticket proceeds were donated to nonprofit organizations chosen by the winning chef teams.

"Over the last 10 years, it has been a great joy for us to watch the growth of the Hall Cabernet Cookoff, which began as an idea from the Hall team and has gained popularity year after year," says host and vintner Kathryn Hall. "We are proud of this growth and look forward to continuing to celebrate and raise awareness for our community and its nonprofits, while enjoying great food, wine, and camaraderie in the years ahead. This is always one of our most fun and favorite events of the year."

If you missed this year’s event, the next Cabernet Cookoff will take place April 25, 2020. Find out more at hallwines.com/cabernetcookoff.