Skip to main content
You have permission to edit this article.
Edit
Napa Sonoma
Home
Drink
Eat
Play
Shop
People
Calendar
About Us
Share This
1 of 5 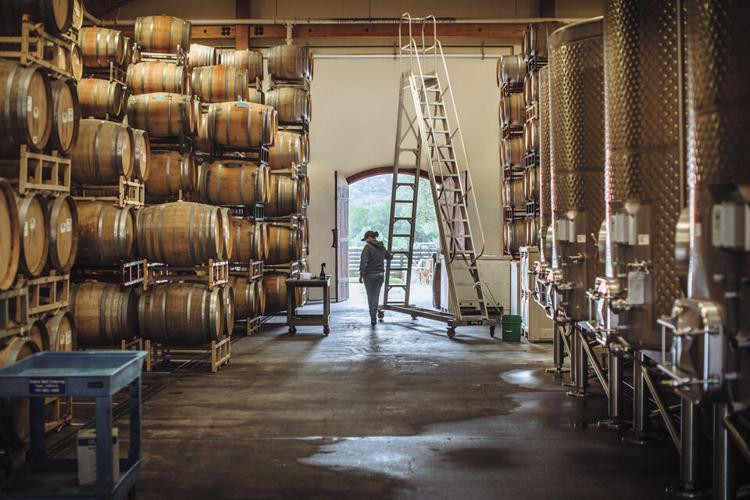 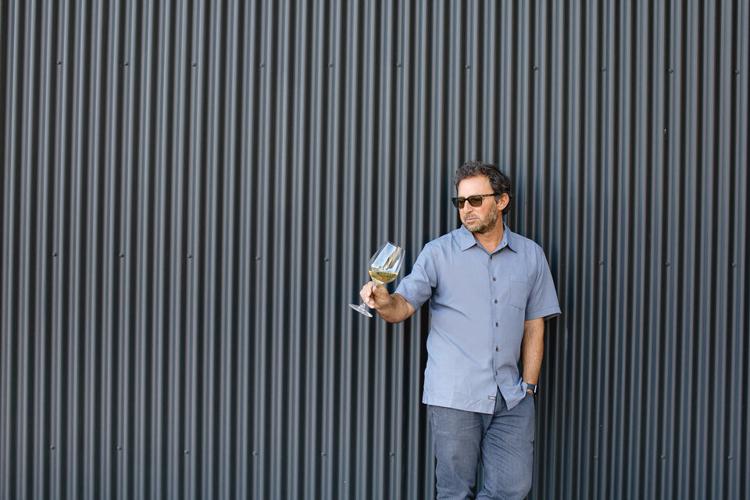 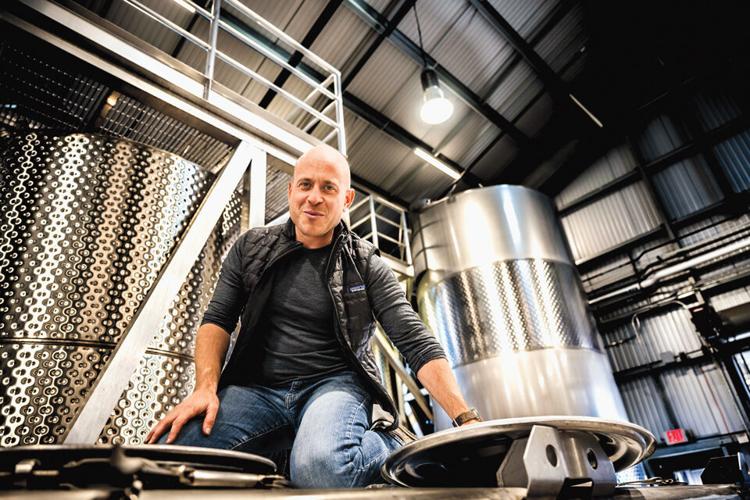 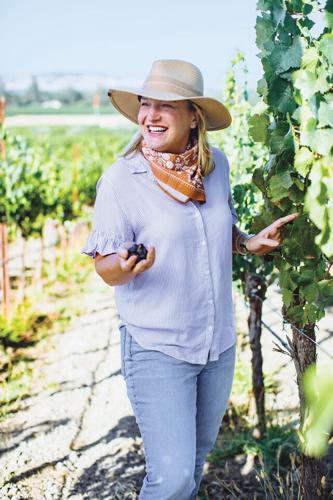 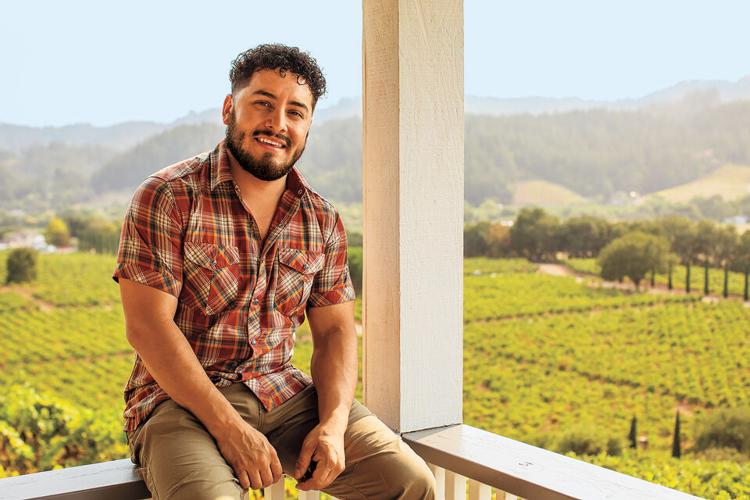 Watching as hillsides latticed with vines turn to gold, ochre, and crimson is a yearly ritual for anyone who lives in the Napa and Sonoma valleys. But harvest season begins long before any seasonal clues are visible. And behind the bucolic scenery, there’s a bustle of activity, with winemakers working day and night to bring in the grapes at the peak of ripeness and make key decisions that will ultimately mean the difference between a perfect bottle of wine and one they wish could have been better.

“Ninety percent of the success of your product comes during the harvest season, because this is when you are creating the new bones of the wine,” says Philippe Melka, a winemaker renowned for his work at wineries in Napa and Bordeaux as well as his own Melka Estates in St. Helena. “It’s always full of high energy, and the pace is much faster than most people think, because there are a lot of questions, decisions to make, and problems to resolve, and you always want to be proactive.”

While the process of taking grapes from vine to bottle follows certain basic steps, there is also room for countless variations, dictated both by nature and by the winemaker’s alchemical art.

“What I love about every harvest is that it’s always different,” says Jesse Fox, who is having his first harvest as winemaker at Sequoia Grove Winery in Rutherford, after coming on board in February 2022. “You have your way of doing things, you have your protocol that changes with every vineyard and every varietal, but you have to be fluid and take what Mother Nature gives you and the challenges that come with that vintage.”

Starting sometime in August or even late July, depending on location, terrain, type of grape, and other factors, winemakers begin an almost moment-by-moment process of deliberation, checking, testing, and tasting the grapes to discern which are ready to be picked. Grapes intended for sparkling wines come first, followed by white wine grapes like pinot grigio and riesling, with chardonnay typically the last of the whites. Next come the pinots, followed by merlot, zinfandel, and syrah, with cabernet sauvignon starting latest and lasting longest.

“At this level of winemaking and cost, sometimes we have to basically micro harvest some of the blocks, or even pick several patches within the same block because some grapes need a bit more ripeness, and this requires a lot of training for the pickers,” Melka says. Machine harvesting is common, especially at larger wineries, but many winemakers still choose to handpick the grapes used in their estate and flagship wines, favoring the gentler handling.

“Picking at night has become common practice, because you have more flexibility and you get a better product out of a vine that is dormant,” says Sebastian Juarez, winemaker at Rancho Maria Wines. “The fruit is firm and cool and stable, with the sugar and acid more balanced.”

"Ninety percent of the success of your product comes during the harvest season, because this is when you are creating the new bones of the wine."

Once in, the grapes are delivered to the crush pads, where workers discard any unripe or overripe fruit as well as leaves, sticks, bugs, and other detritus. De-stemmers, optical sorters, and other technological innovations make the process less laborious, though some winemakers still hand-sort or inspect by eye.

Today, most grapes are crushed by machine, pressed between rollers and deposited straight into fermentation tanks. But some winemakers still choose to do a traditional stomp, climbing into the fermentation tank and moving slowly around, waist-deep in a thick stew of juice, skins, and pulp. “Foot-treading is still a very common practice in high-end pinots and cabs to give them the best possible treatment,” says Juarez. “There are so many nerves and bones in your feet, so you can feel what you’re stepping on, and it allows you to be more delicate.”

Traditionally most white wine grapes are gently pressed and the skins discarded, leaving the juice, while red grapes ferment in their skins. Fermentation can take place naturally, or winemakers can add yeast to jump-start the process and give them more control.

During this time, known as maceration, carbon dioxide causes skins and other solids to rise to the top, forming a cap over the rest of the juice and solids. Winemakers employ a variety of stirring methods to make sure flavors develop properly, such as punching down to break up the cap from the top and pumping over, which draws must (freshly crushed grape juice) from the bottom and pours it back on top. It’s only when wines are safe in the cask that winemakers take a deep breath.

“It’s always a game of waiting until the seeds and skins are right without ending up at 17 percent alcohol, so that requires us to react very quickly,” says Melka, who also works with winery owners and vintners through his consulting service, Atelier Melka. “The day starts sometimes at one o’clock in the morning and finishes late at night, and along the way we’re making so many decisions about how to ferment, which kinds of yeast to use, and how much extraction we are going to do. It’s a complex science—we don’t want to make vinegar, so we need to understand the chemistry of the juice and the grapes.”

For Katie Bundschu, who grew up in Sonoma as part of the sixth generation of one of California’s founding wine families, harvest has always been an all-encompassing affair where work came first no matter what else was going on in the family’s life. “There’s always been the expectation in our family that harvest takes precedence over everything else, and maybe Mom or Dad isn’t going to make your soccer game or sit down at the dinner table,” says Bundschu, who is now owner and winemaker at Abbot’s Passage Winery and Mercantile in Glen Ellen, where she’s putting her own stamp on the family legacy.

"There’s always been the expectation in our family that harvest takes precedence over everything else."

“My dad would be in and out at all hours, but he’d always make a point to take me out in the vineyards, and we’d pick the grapes together and check the Brix—the sugar content—and I’d go into the cellar and do pump-overs with him. It gave me an appreciation for how complex and nuanced the process is and of everything that goes into a bottle of wine.”

IN THE END, IT’S FARMING

While harvest is hugely important, winemakers want to be clear that it’s only the last step in a season that begins at the moment of bud break. “One of the best things a winemaker can do is leave their footprints in the vineyard,” says Fox. “I’d like to say I’m the one making [exceptional] wine, but in the end it’s all about nature and the vineyard and all the factors that go into the grapes. There are so many points throughout the growing season when it’s important to be out there checking in, looking at pruning, how to arrange the vines, how to build the canopy. We’re thinking about it at every step.”

"You have to be fluid and take what Mother Nature gives you and the challenges that come with that vintage."

HARVEST IS GETTING HARDER

From the devastating fires of 2017 and 2020 to the seven-year drought to the searing heat waves of this past September, there’s no question that the effects of climate change are putting ever-increasing pressure on winemakers.

“My first vintage was 1996, and back then we were having fun experimenting, because losing a lot was not a big deal,” says Melka. “But climate change has put a lot of pressure on us, and also the pricing has been going up and up. Now every drop of wine counts, and we almost feel like it’s a war zone for us. We’re like commanders, generals, and soldiers in the battlefield trying to find the best way to fight against the elements.”

Juarez agrees: “We are at the mercy of the weather, and in a lot of ways, we’re not only farmers, we’re meteorologists, geologists, scientists, and artists, taking all this into account while trying to produce the best possible raw product.”

As a child, he says, he remembers growers worrying about an early rain, but now heat is the ultimate challenge. “We had three weeks of triple digits in late August and early September, and it got up to 118 in our vineyard. Before that we thought it was going to be a great harvest, the grapes would have a nice long hang time and the fruit and flavors were going to be awesome. And then suddenly everyone is rushing to pull the fruit all off once.” With that, he notes, comes a labor issue and a spike in picking wages that adds to the financial pressures wineries face.

A TIME OF CELEBRATION

Growing up in Sonoma, the son of a farmer and tractor mechanic, Juarez has lived his life according to the rhythms of the seasons. “We go through our human experience among these wines,” he says. “So when we harvest, it’s a celebration of the season’s long work, the challenges in the vineyards, and we really want to take time to appreciate that.”

Harvest celebrations take all forms, from in-house parties and family gatherings to a growing number of activities and experiences available to visitors. “There is still a lot of traditional culture in Napa and Sonoma, and I think in the next year or two we’re going to see a lot of that come back,” says Juarez. “We’re going to stomp some grapes and invite more people to have these experiences.”

"We’re not only farmers, we’re meteorologists, geologists, scientists, and artists, taking all this into account while trying to produce the best possible raw product."

Those who want to get in on the harvest time action have a host of events and activities to choose from, including pre- and post-crush harvest parties, grape stomps, cellar visits, and vineyard dinners. Some wineries even offer multi-day “crush camps” in which guests can participate in the entirety of the process.

The traditional rituals of the season have become especially important to Bundschu. “This year, harvest time has meant even more to me than in the past, because I have my own child now and this is his first harvest, and looking at this through his eyes, I see how special it is,” she says. “He’s now the seventh generation, and that has given me a different perspective than I had even a few years ago. I think about the harvests of the future and what they’ll mean to him and to all of us here in Wine Country.”